Ingrid Bergman As the Forgotten Catalyst of the #MeToo Movement 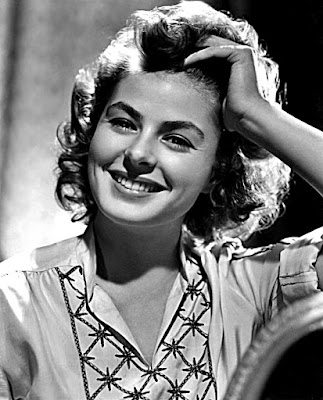 
But her gall, fearlessness,  off the wall intelligence and intuition, is absolutely astounding in this film. I wish every young girl can see any of Bergman's work because she was a role model without even knowing it. Yes, she did what she wanted, and she put every part of herself into her very complicated roles and left her blood and sweat on the floor. She did it with class, with grace, and with an unshakable sense of assertion. She brings strength to very vulnerable characters and gives women a voice and a dignity in an era when that was most usually overlooked. She gave women a great role model whether she meant to or not, and she did it over 60 years ago. She did this by being hyperaware of the type of woman she wanted to be and to portray, and did it with absolutely no fear. She's not trying to be 'as good as a man'. She's being a woman, and a woman who is stronger and better than a man could ever aspire to be.

Some clips below to entice you: